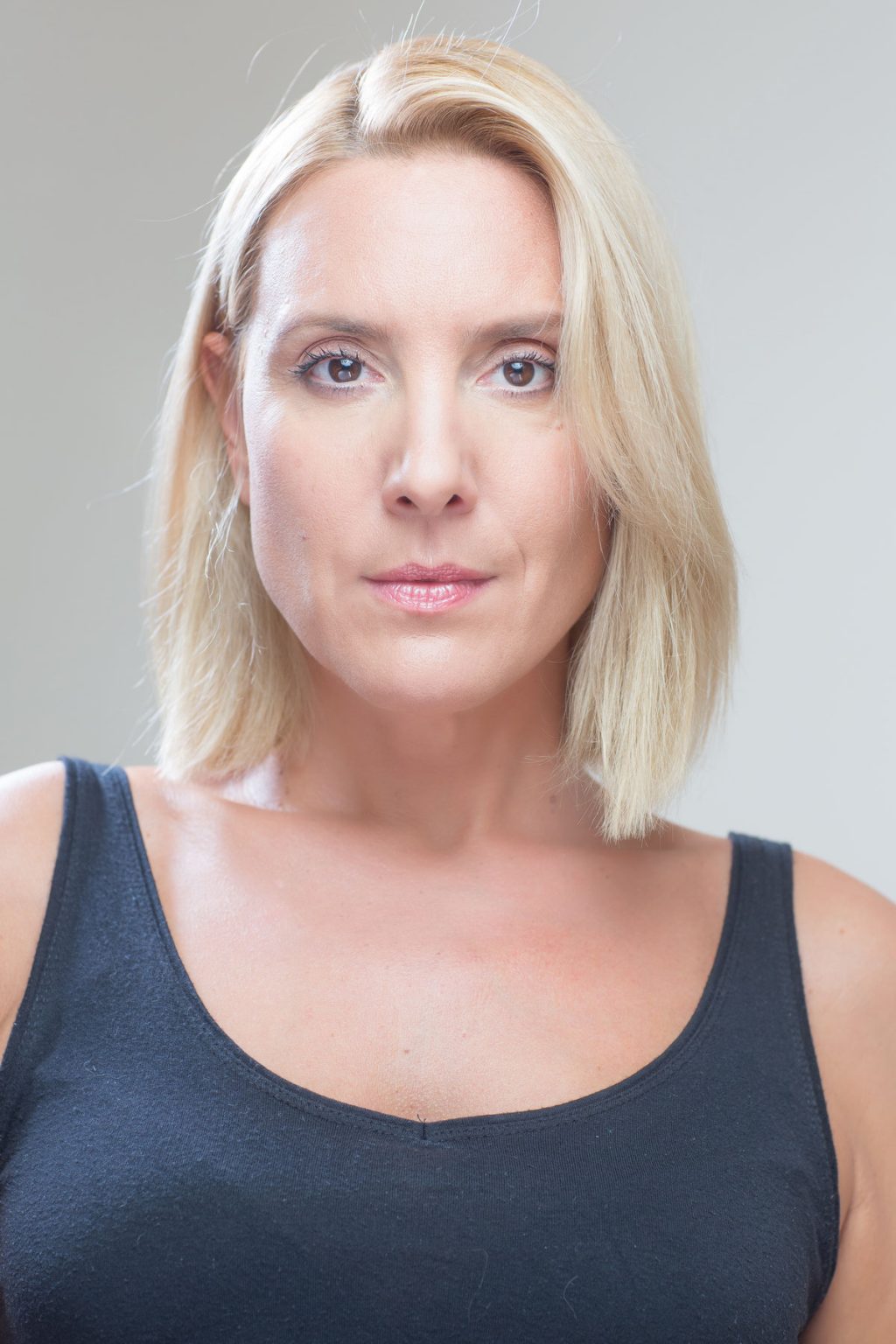 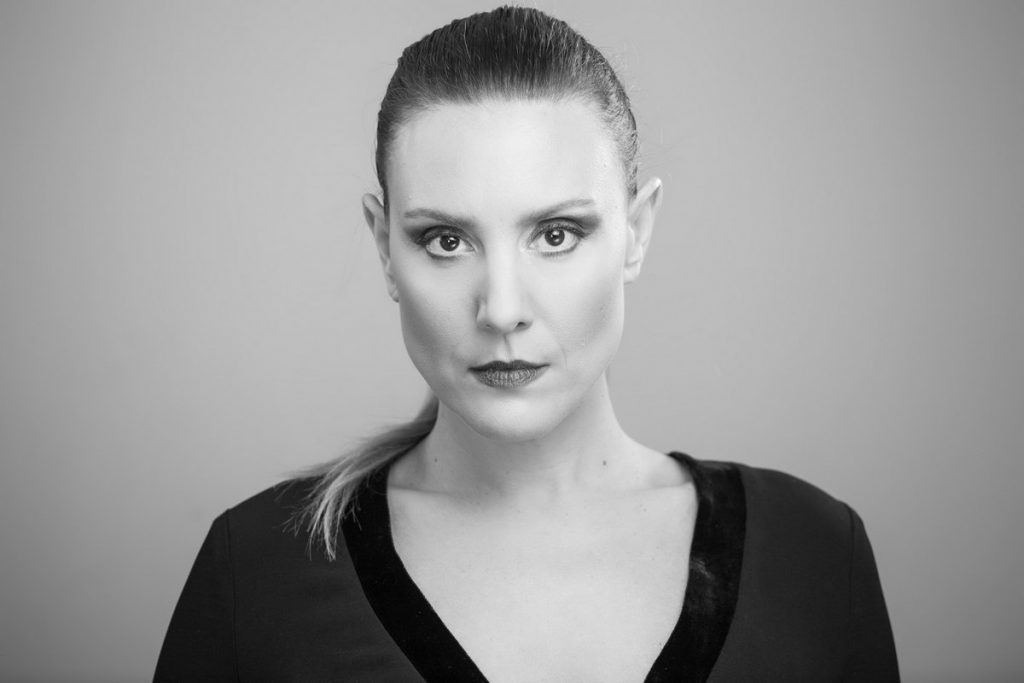 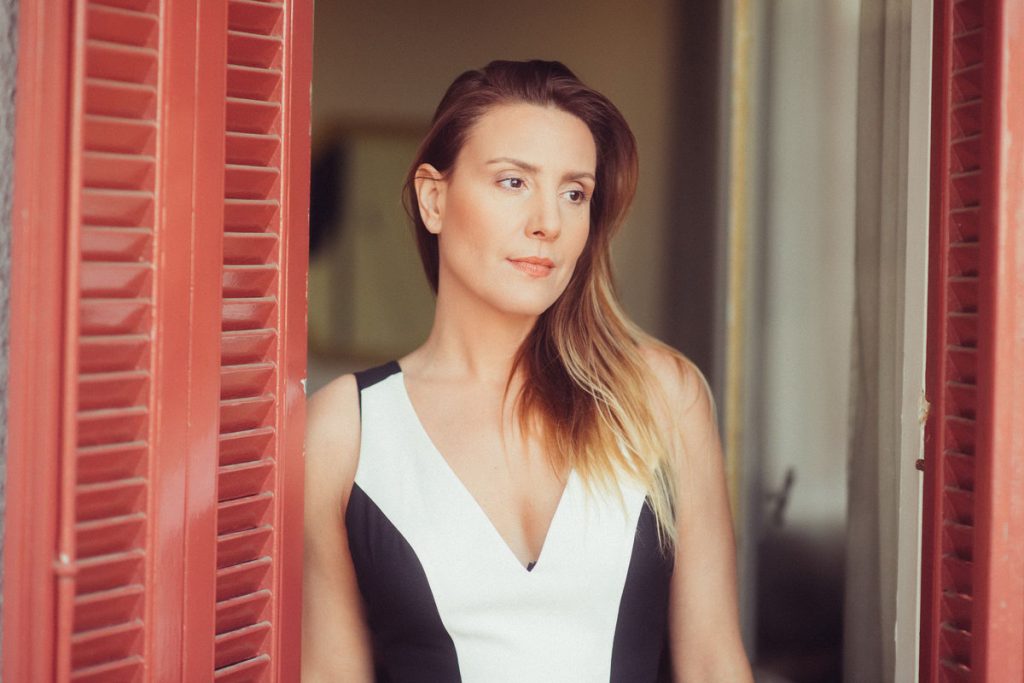 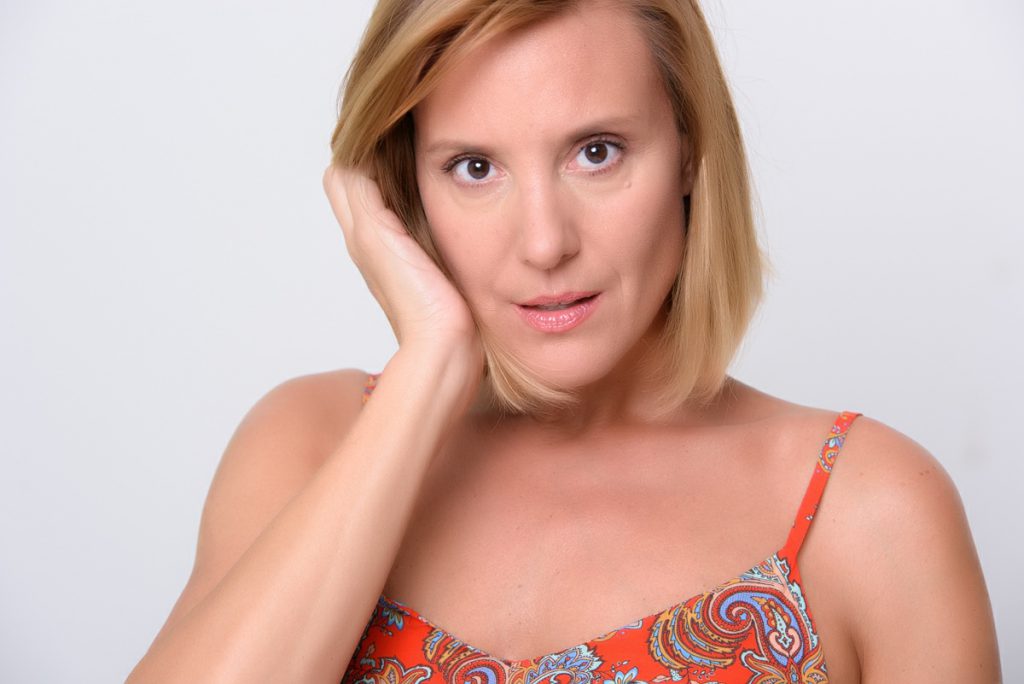 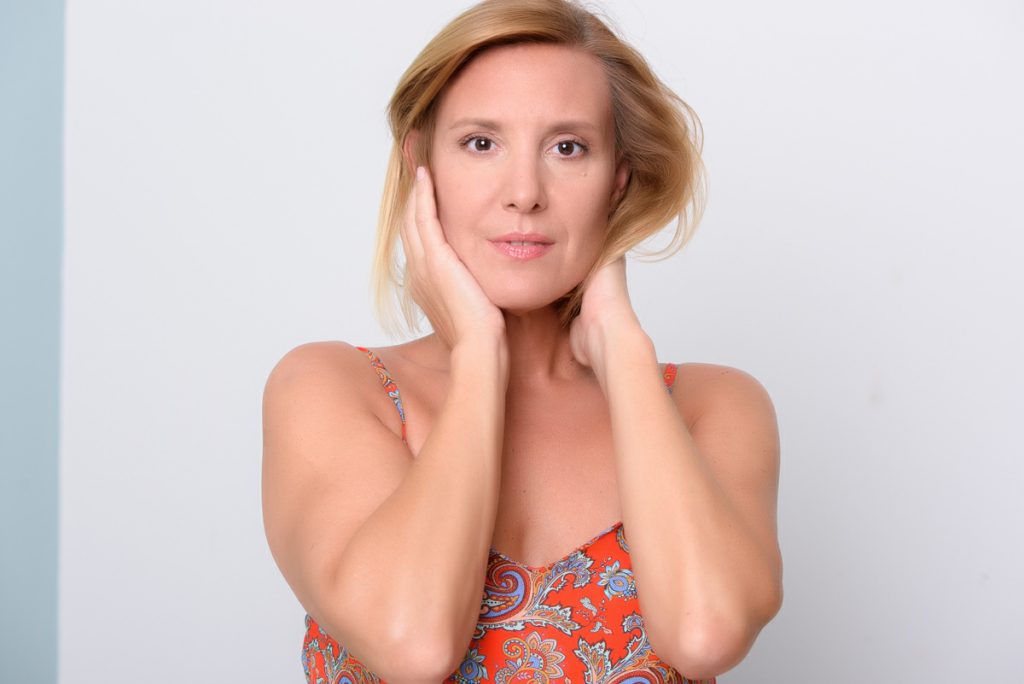 Having a French mother and a Greek father she grew up in both countries. At the age of seventeen, she got accepted at the Greek National School of Dramatic Arts where she studied for the next 3 years and graduated with honors. She then continued her studies in Paris, her second homeland. There, she took acting classes for film and theatre at the “Le theatre des Cinquantes” founded by Andreas Voutsinas, as well as “Ecole Florent” and “Studio Pygmalion”. 3 years later she returned back to Greece and launched her professional career.

She first worked with director Michael Kakoyiannis at the ancient Greek theatre of Epidaurus in the tragedy “The Trojans” by Euripides. Her credits in theatre include leading roles in a variety of plays, such as: “The two gentlemen of Verona” by William Shakespeare, “Scenes from an execution” by Howard Barker, “Electra” by Euripides, “Low level panic” by Clare McIntyre, “Bal-Trap” by Xavier Durringer, “Rock & Roll” by Tom Stoppard, “The Missing” by Vassilis Katsikonouris, “Seventeenth night” by Apostolos Doxiadis, and “Gone with the road” by Sakis Srefas among others. She did the 3years research and co-wrote the theatrical and musical performance “Woman” in which she stared, a theatrical documentary about women’s history.

In television, she has participated in some of the most successful TV series, holding many leading and guest roles, such as in: “To dis examartin” (The second time you sinned) Comedy, “Gia mia thesi ston ilio” (For a spot under the sun) Drama, “I zoi mas mia volta” (Our life, a walk) Drama, “Ta maheromata” (The stabbings) Comedy, “7 thanasimes petheres” (7 deadly mother’s in law) Comedy, “Nihterino deltio” (Late night news) Drama, “Lista gamou” (The wedding list) Comedy, “Mia agapi, mia zoi” (One love, one lifetime) Drama, and “Singles” Comedy, just to mention a few. She was also the hostess of the famous Greek TV talent show “Na i efkairia” (Here’s your chance).

The film “Tabula rasa” of Iro Donta and Natalia Stratou in wich she stars participated at the Thessaloniki International Film Festival.

Eva is one of the founding members of the theatrical company “Saltibanghi” and as such has successfully worked in the production of many theatrical productions in the past few years.
She has also a very successful career as a voice over artist, loaning her voice in TV commercials and radio spots.

The last 10 years, she has also established herself as a singer. She started with the band “Hot club de Grece”, a gypsy swing band where she was singing and swinging in French and English.
Her biggest recognition came with the band “Eva and the Apples” which she created and is the band leader. In less than 3 years they have performed live more than 200 shows in various locations around Athens. Their repertoire includes various styles- swing, jazz, samba, cha cha, bossa nova ect – in various languages such as english, french, spanish, portiguese and italian. The media has received the group with exhilarating reviews!

Eva is now launching her first digital album as a solo artist and has already launched 3 singles.

Eva speeks Greek, French and English as well as a little of Italian and Spanish.