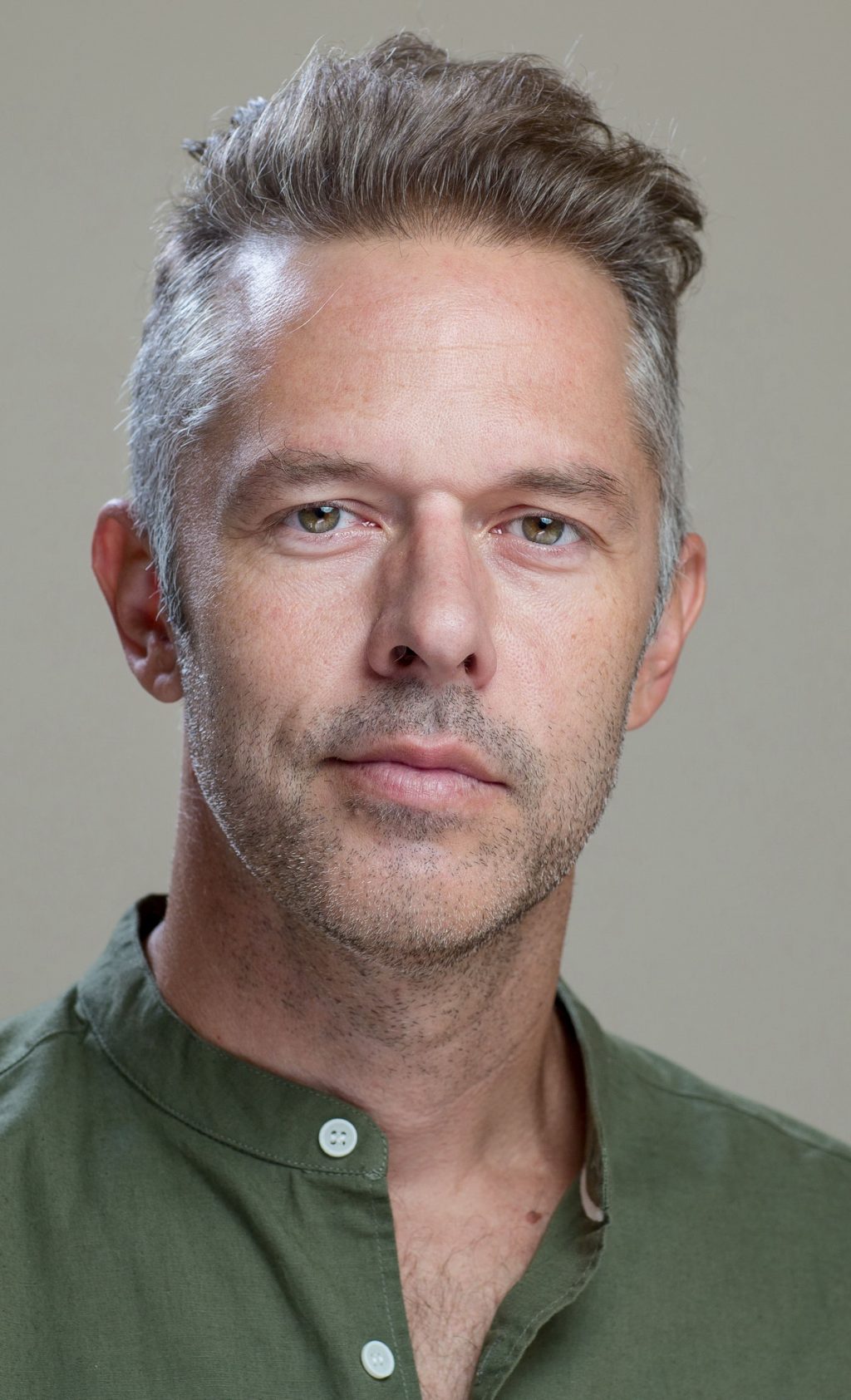 He was born in Athens, Greece, in 1976.He graduated from the Greek Art School of Dramatic Art in 1999.

Recently he played the role of Yanis Varoufakis, the controversial former Greek finance minister in the awarded Costa Gavras’ film “Adults in the Room”, based on the same-name best-seller by Yanis Varoufakis him self.

In theatre, he has worked with Greece’s most prominent directors and companies in both classical and modern repertoire,making him one of the most acclaimed actors of his generation.
He has played roles such as Edmund in Shakespear’s King Lear ,Rod in Sara Kane’s Cleansed, Faust in the known play by Ghoete , Prior in Tony Kushner’s Angels in America, Hamlet in Shakespear’s Hamlet , McHeath in B. Brecht’s Three Penny Opera , Dionysos in Euripides’ Bachae and many more parts that have earned him both the admiration of the public and of the critics as well as awards for his work for both theatre and cinema.

He has performed in productions in both Greek and English that have travelled in England and the USA with the most recent being The Birds by Aristofanes which run in St Anne’s Warehouse in New York.

In the summer of 2004, under the instructions of renowned director and choreographer Dimitris Papaioannou, he performed in the Opening Ceremony of the 2004 Athens Olympic Games with the part of the Lover.

He has performed in some of the most popular tv shows in Greece , such as “kleise ta matia/close your eyes” and “dyo meres mono/two days only”.

He has starred in prime time TV shows and the following films: DIY by Dimitris Tsilifonis, Contact by Tony Lykouresis, Love Me Not by Alexandrow Avranas, Rembrandt’s Daughter by Nikos Panagiotopoulos (2015), Miss Violence by Alexandros Avranas (2013) , Paradise by Panagiotis Fafoutis -2011, J.A.C.E. by Menelaos Karamagiolis – 2011, Slaves In Their Bonds by T. Lykouresis -2008 (for which he won the best supporting actor award in Thessaloniki Film Festival in 2008), Honey And The Pig by Olga Malea – 2004 ( for which he was Greece’s Shooting Star in the 2006 Berlinale), Delivery by Nikos Panagiotopoulos, You Will Regret It by Katerina Evangellakou, Goodbye by Simos Koreksenidis (short) and Interior Of A House by Ektor Lygizos (short).